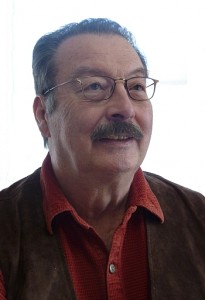 Steve holds an architectural license in Colorado and an NCARB certificate which will permit licensing in other states within 30 days. He is also licensed as a real estate broker and a general contractor.

Steve graduated from the University of Kansas with a five year Bachelor of Architecture. Upon graduation, he worked in key positions at nationally recognized architectural firms. His work as an architect for Holabird and Root has been published in Progressive Architecture, Architectural Record, local Chicago publications, and has won AIA awards.

In Denver, Steve has been directly involved as a principal in over 80 residential and commercial projects.

Landmarkk began in 1982 and since then has worked in Central Denver neighborhoods such as LoDo, Capitol Hill, Baker, Highlands, Platt Park, Uptown, Washington Park, and others. Our work is almost exclusively in new infills, historic buildings, renovation, and adaptive reuse. The company has intentionally stayed small so that Steve, the owner, can focus on projects instead of management. Over the years, Landmarkk has done over eighty projects of all types.